You are here: Home / News / Impressions from COP24 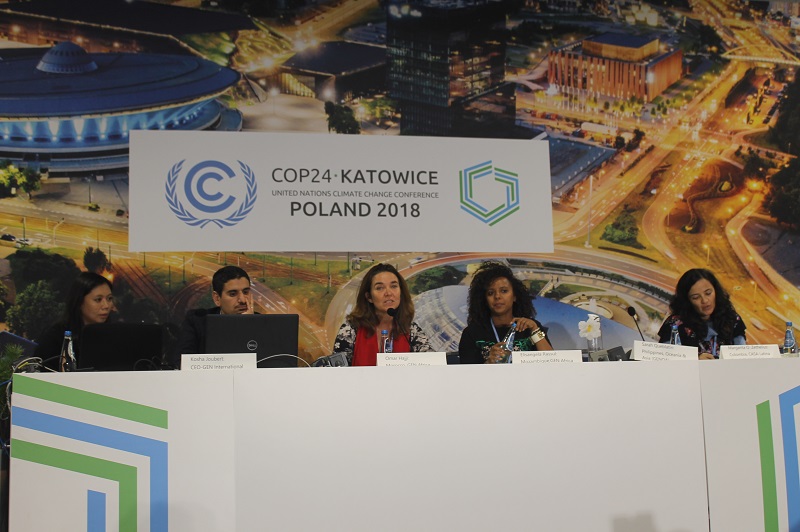 On the last day of a two-week long summit characterised by many encounters and an awareness that pressure to  move towards a 1.5 degree planet must increase, I was overcome by an uncertainty about what COP24 had really achieved. Tired faces and hurried bodies, as well as extended negotiations, would suggest not much. Indeed, the changes so desperately needed were not clearly agreed upon and so it seems the regenerative world we have the potential to create remains a distant utopia. I left with a feeling similar to the one I had on arrival. A kind of confusion resulting from the many contradictions: a largely meat-based catering service, food  packaged in plastic, gift bags feeding into consumption habits, extravagant pavilions further selling themselves, much talking and little evidence of actual practice. All this at a conference supposedly dedicated to tackling the defining issue of our time and where the word “action” could be heard echoed through the halls. This confusion was only strengthened by the large coal plants I saw dominating the landscape of Silesia as I embarked on my train journey back to the UK.

And yet, I left with a small spark of hope. If we begin to listen to the right actors, to allow those on the margins to
speak, and to bring climate change fully into politics perhaps then we can transform the current path of destruction. The opportunities seem plentiful.  Spending two weeks inside the conference centre in Katowice, Poland, certainly allowed me to make many observations, to collect small impressions, engage in conversation, and to consider what it really means to live in a world where climate change is undeniable. As a representative of the Global Ecovillage Network (GEN), most of the time was spent together with other NGOs at our respective booths. Although located somewhat away from the main activity of the conference- much can be read into the significance of this- it was here where most deep conversations began. Often with the young, delegates from Sub-Saharan Africa, and other minority groups all interested in knowledge sharing and cooperation. Whilst it was difficult to get a comprehensive picture of the conference, I nonetheless found that it provided a strong platform for people of the world to come together (both with their differences and similarities) to let their voice be heard. Indeed, not always loud enough but still heard. I was reminded of the importance to listen to those pushed to the peripheries- inhabitants of Small Island Developing States (SIDS), indigenous peoples and in many cases women- and to continue approaching the topic of climate change with hope and trust that many are doing the best they can. As one delegate said, when we become angry, this is what we bring to the movement and anger is to be avoided (at least to some extent). 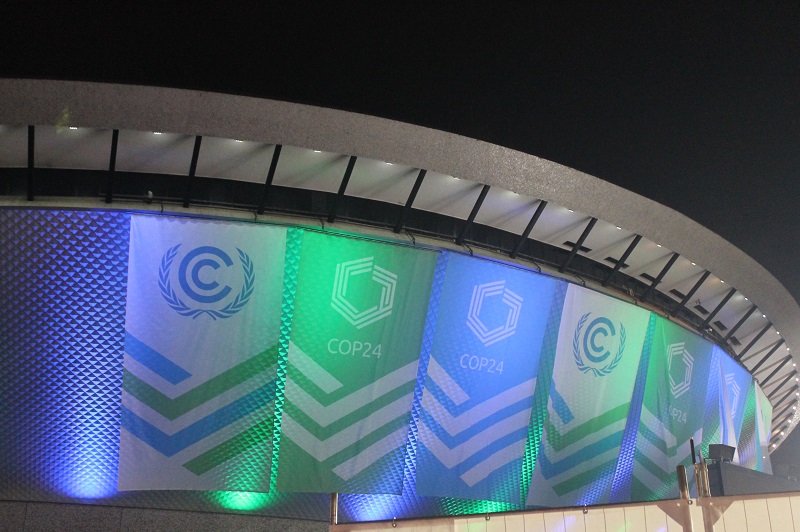 A month on and I am still aware of the contradictions that surround me. Perhaps it is here where one of the biggest challenges lies: finding a way to live in this system which helps to restore balance and does not exploit. Whilst I continue to advocate for personal changes, COP24 was a reminder that there is only so much the ordinary citizen can do. It also left me feeling that the initiative to change the course of our future has to become stronger at the top. Our politics and our governments must begin to take more responsibility, to lead, to inspire and to support the variety of grassroots movements and communities already living by example. Being at the conference ultimately showed me that the true implications of climate change, if left unaddressed, are unfathomable for us humans and that for this reason, we must continue to take time to understand what is happening, to build partnerships, and to move forward rather than become complacent and stripped of a vision.

Having just completed an MA (Hons) in International Relations and Spanish, I am now working with the Global Ecovillage Network (GEN) through the European Voluntary Service (EVS) to enhance my understanding of, and interest in, areas of sustainability.