You are here: Home / News / Japan in Transition:

Japan has been dependent on more than 30% of the country’s energy from nuclear power plants. After experiencing Fukushima, many Japanese people started restructuring their lives. Transition became attractive and caught the interest of those who were searching for ways to live more sustainably. Shunro Yoshida had already founded the Non-government-organization, Transition Japan, in 2009. Hiroko Katayama is from the As-One-Community in Suzuka, which became part of Transition Japan recently and hosted its first conference in March.

Hiroko Katayama: On Sunday, May 31st, around 60 local children and their parents joined in the monthly workshop of Forestry of the As-One Community Suzuka. Mothers and fathers came from neighborhoods around the city and relaxed, absorbed in chattering and working with their children. Among such happy families there was a distinctive group. They are participants of the beginning course of The College for Sustainable Society Building. Twelve participants from different groups joined the course from Tokyo, Yokohama, Nagoya and Kyusyu. Ms. Etsuko Hayashi, the office of Japan Eco-village Promotion Project (JEPP), said that they are here to learn practically how the community’s base can be grown in ordinary streets such as As-One Community. Half of participants belong to the same project in Kyusyu, which is the southernmost of Japan’s four main islands. They are starting the new eco-village in Nogata city next spring.

Many refugees have settled in Kyusyu since the 3.11 big earthquake and Fukushima’s nuclear power plant disasters in 2011, eager for the practical development of a new path to living more sustainably. Mr. Shunro Yoshida is a co-founder of the Transition movement in Japan. He is also one of the refugees and lives in the center of Kyusyu. He made an on-site inspection of As-One Community in 2013 and encouraged it to join the Transition Town Movement to create a stronger path for all people. As-One Community has willingly participated in the movement as a member to work together towards new possibilities. The sixth annual All Transition Meeting was held in As-One this March and around 50 initiatives gathered from throughout Japan.

Shunro Yoshida: In 2008, Hidetake Enomoto invited me to an interesting conference in Findhorn called Positive Energy Conference. Since that time, we have started the Transition movement in Japan. After experiencing the 3.11 earthquake and disaster, many wise people started restructuring their lives to reflect what they really want to do. Transition became attractive and caught the interest of those who were searching for alternative ways to live more sustainably. We founded the Non-government organization, Transition Japan, in 2009.
Since the days of our previously thoughtless energy consumption, where we depended on more than 30% of energy from nuclear power plants, we have started to search for better ways to live, for our planet and our children.
This March we held the 6th annual All Transition Town Meeting in Suzuka, Mie. It was a memorable day. We have had very good collaboration, learning and stimulating debates since Transition Suzuka (As One Community), joined the Transition Town network in 2013.
At the meeting we had an Open Space Technology Meeting, and came out with wonderful working groups.
One is the Transition Accommodation List throughout Japan (that all the Transition People have access to at an affordable price, or free), and getting a chance to meet other Transitioners. Another one we came up with is Grow our own Food Map within Transition Town of Japan, so we can trade or sell between our networks. The last one is the Inner Transition Project holding a being meeting within each initiatives.

We have been working on collaboration with other groups like Seven Generation (which is Japan´s part of Pachamama Alliance), and we have held a
“Change the Dream” Symposium in each of the Transition Initiatives on a voluntary basis.
We have been working very hard to make this movement more active in Japan, and the members of Transition Japan and each Transition Initiatives have become very close, and the movement is becoming a big family, making us more sustainable and stronger as a group.

Transition Town network is one of the broadest and largest sustainable groups in Japan. It plays a very important role and the importance is becoming larger all the time. With the network of Ecovillages and Permaculture, the sustainable group is becoming very visible and easier to access for the people who are trying to find new ways to live as a sustainable community. 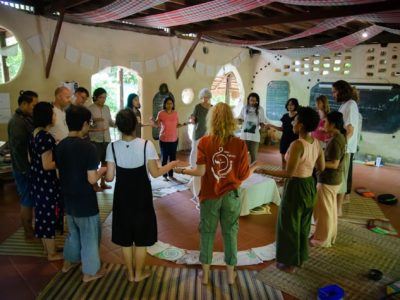 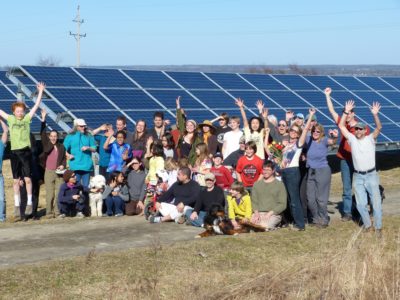 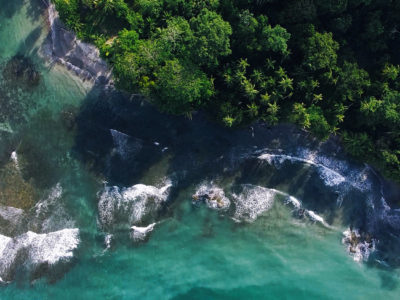 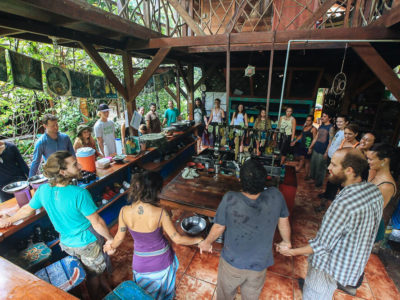