You are here: Home / News / TRANSIT 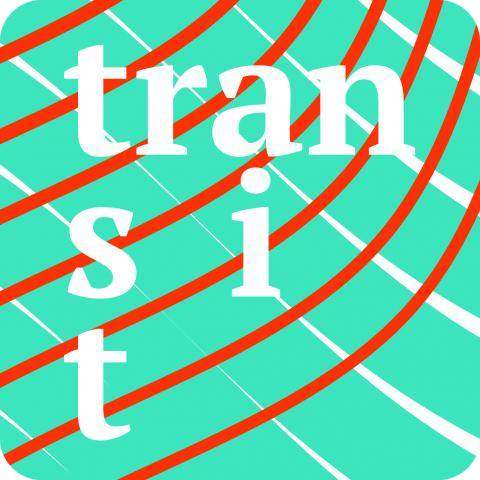 Ecovillages are fascinating experiments, Iris Kunze first came across them in 1996. Ever since then, she has been keeping in touch with the ecovillage movement motivated by researching and teaching on sustainable ways of living, at university. Prompted by GEN’s 20th anniversary, she and her colleague concluded a research study on 20 networks as initiatives for social innovation with the EU-Project TRANSIT (TRANsformative Social Innovation Theory). Here she summarizes their preliminary findings on GEN.

I want to begin with briefly introducing TRANSIT. Its aim is to develop a theory of transformative social innovation. TRANSIT empirically studies how people are empowered to work towards social innovation and societal transformation. With twelve universities from Europe and Latin America involved, it is running for four years and co-funded by the EU.
For the case-study research of the networks including GEN we conducted methods such as document analyses, participant observation, and guided numerous interviews in GEN and in the two local ecovillages of Schloss Tempelhof and Tamera. It was mainly guided by four empirical research questions based upon a preliminary conceptual framework of TRANSIT concerning: (1) the overall development; (2) how they relate to different types of change and innovation; (3) how actors are empowered or disempowered including topics such as governance, learning, resourcing and monitoring; and (4) other relevant issues.

What are our findings concerning GEN?
We observe that the amount of ecovillages in the world is (still) quite small. It is difficult to measure how far they contribute to transform the ‘alienated’ society into a ‘new culture’. We can observe long-term effects of changing the way of living through a “silent revolution” by small scale resilience which we interpret as a contribution to societal transformation.
Overall, we observed three tendencies of disseminating and upscaling the ecovillage model: First, GEN is observing a changing tendency from founding new intentional ecovillages towards retrofitting existing villages. Ecovillages as a younger form of intentional communities have the approach to build living alternatives rather than ‘drop out’ of society.
Second, “mainstream communities” and professionals adopting tools developed in ecovillages, such as communal decision making. Ecovillages have created small, rather unspectacular, but practical innovations that have spread out; slightly changing some business sectors. There are simple low-tech eco-innovations like, for instance, a compost heating system (Schloss Tempelhof), permaculture in dry regions (Tamera), or straw bale house techniques (Sieben Linden and Eco-Youff in Senegal).
Third, the “new we-culture” of ecovillages is spread by regular streams of guests. The larger ecovillages host hundreds of guests per year. They come to inhale an atmosphere of appreciation and cooperation and to transform their own lives while spreading the tools of ecovillage culture to their work environments and social networks in cities.

All about social innovation
If social innovation is defined in terms of new social practices and new social relations, ecovillages are ‘all about social innovation’. Community is as old as humanity. The innovation created in intentional communities and ecovillages is about a reinvention of community because it includes modern individualism. Community is not about subordinating but about unconditional tolerance and interest for others. Of course this is an ideal, nevertheless used as benchmark. The additional innovation of ecovillages is to include the relationship to nature into this experiment towards new forms of cooperation. Ecovillages and GEN start with the attitude of “be the change you want to see in the world” and value trust and commitment. At GEN conferences, the team is highly motivated to create an atmosphere that invites people to share their emotions. At our visit to the GEN Europe Conference in 2014 in ZEGG, we witnessed moving moments in the plenary session with more than 400 people.

Living laboratories
I interpret that ecovillages contribute to societal transformation because they create living laboratories. If they honor learning processes, provide the space for experimenting, and then teach and disseminate what they have learned, they can model realistic methods of sustainable ways of living that are already happening with numerous examples. Their long-term standing practices of collaborative methods, and the art of hosting, attract attention. Ecovillages are civil society pioneers pushing the trend to more wholesome and communal organizations, as observed by the researcher Frederic Laloux in his book Reinventing Organizations (2014).
Finally, the growing popularity of ecovillages is based on their concrete approach to overcome some of the central negative aspects of modernity, such as unsustainability, alienation, and forms of social and economic disembeddedness. It is expressed in the longing for more committed social networks that people can find in ecovillages. It includes much more than an ecological life style but also a meaningful life of peace between the genders and forms of intergenerational living.
The findings will be published online soon:

After having worked for 18 years in the corporate world, I started a journey of personal transformation that led me to the ecovillage world. I have lived in Findhorn and served GEN for 1,5 years and now I'm starting a new journey, going back to the urban scenario, carrying community and everything I've learned with me. Get in touch if you are interested in doing a project together or just to share experiences over a cup of tea (real or virtual).