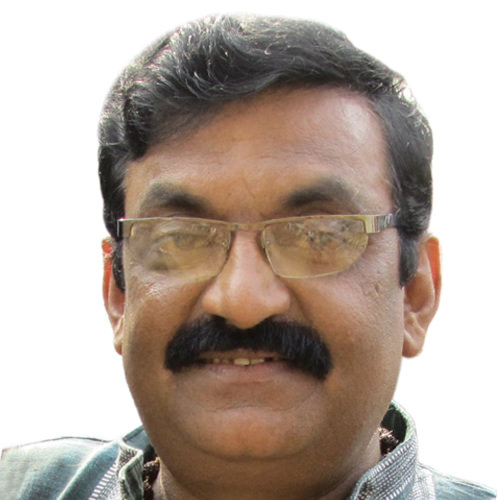 THREAD, Siddharthvillage, Odisha
G.John began his career in social sector as Chief community Officer for fishermen and agricultural workers in Kottar social service society, Kanyakumari ,TamilNadu. .
Passion for rural developmental work ignited by Dr.John staley , the first Field Director of Oxfam , India who founded SEARCH, and his internship experience in International Youth Centre-
VYC[New Delhi ] and experience with IGSSS/Misereor , West Germany as Field Officer for Orissa state led him to create THREAD[Team for Human Resource Education and Action for Development] .
As the Founder President and Executive Director of THREAD he led the Organisation to great heights wherein it emerged as a major training centre for south Asia which practised and advocated people-oriented sustainable development especially for socially excluded communities like adivasi, dalit , women and others besides conducting high ending self growth training for UNICEF staff and partners and other educational institutions and Non Government Organisations in South Asia
G.John’s interest in training as an instrument of change dates back to the mid seventies. His participation in one year special course on development( 1976-77) Human relation training techniques for the development field by Dr. John Staley under the auspices of a newly registered body called SEARCH, in Bangalore marked a turning point in his action plans for future. Equally important was his work experience, after completing the course: first, among the fisherfolks in Kanyakumari, Tamil Nadu for about two years then as a field Officer of IGSSS/ counter part of Misereor for four years when he came into contact with NGOs of Orissa, MadhyaPradesh and Rajasthan, under diverse auspices like church, Gandhian etc with diverse approaches and types of services. This four year experience helped him to appreciate the reality of diversity and its richness, and he was convinced that innovative training was badly needed to make development efforts effective. And so his interest in training continued. He underwent series of special training related to human relation and communication.

Training intervention of THREAD in tribal pockets of Orissa led to the formation of ONS [Orissa Nari Samaj]-a state level federation of more than 250,000 tribal people [belonging to 65 tribes and other dalit groups in 55 blocks]. Conflict resolution skills facilitated among them prevented the spread of conflict during the Kondhamal conflict.

At present, most of the NGOs and donor agencies in Orissa and elsewhere have the staff trained by thread either in short term or in long term courses. Some of the trainers who are trained by the founder of thread are freelancers now for NGOs in Orissa and even for other states.

On day 10 of the EDE at Siddarth Village the journey towards the final project has begun and we started by putting the foundations of our designs. With the purpose of integrating the learning of the first two dimensions (worldview and social) design groups have been reflecting and discussing on how to involve koshas and needs into their project. In the afternoon we had an hands-on session on earth fill building! See some pictures attached! During the first sessions of the Worldview dimension … END_OF_DOCUMENT_TOKEN_TO_BE_REPLACED

‘Eco Village Design Education' conducted at Siddharth Village, Odisha, India is a transforming experience. The course is designed with EDE mandala as base, integrating the ‘World view', 'Social', 'Economic' and 'Ecology' dimensions. 'World view' and 'Social' dimensions are process oriented. They set a stage for questioning long held perspectives about life, oneself and the world around. This in turn may lead to experiencing changes 'here and now'. Relaxation and meditation techniques, … END_OF_DOCUMENT_TOKEN_TO_BE_REPLACED

‘Eco Village Design Education' conducted at Siddharth Village, Odisha, India is a transforming experience. The course is designed with EDE mandala as base, integrating the ‘World view', 'Social', 'Economic' and 'Ecology' dimensions. 'World view' and 'Social' dimensions are process oriented. They set a stage for questioning long held perspectives about life, oneself and the world around. This in turn may lead to experiencing changes 'here and now'. Relaxation and meditation techniques, … END_OF_DOCUMENT_TOKEN_TO_BE_REPLACED