You are here: Home / News / Decision-making in Earthaven 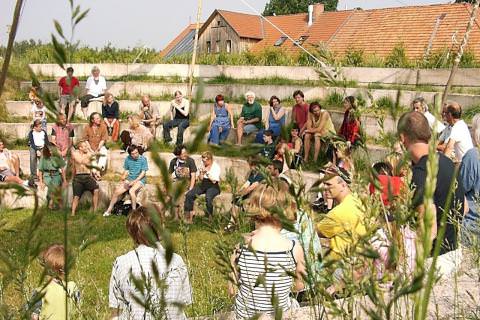 Decision making processes are a big and challenging topic for communities and ecovillages. While many started with the consensus principles, most have changed that in the meantime, as they feel it gives individuals too much power to block the group. Diana Leafe Christian, longtime editor of Communities Magazine and member of Earthhaven Ecovillage in USA, has observed the processes in different communities and gives an overview.

Because increasing numbers of members over the last several years have been dissatisfied with our consensus decision-making method, in October, 2012 Earthaven Ecovillage, based in North Carolina the US, agreed to modify its consensus process. For 18 years we used consensus-with-unanimity, which requires 100 percent agreement (not counting stand-asides) to pass a proposal. We found that by using the consensus process, we had no recourse if someone blocked a decision; no criteria for what constituted a valid block against which blocks could be tested; nor a requirement that blockers meet with proposal advocates to draft a new proposal to replace the blocked one. The main concern of many Earthaven members was the power of individual community members to block decisions. The consensus-with-unanimity process meant that anyone could block any proposal for any reason, and thus effectively stop ideas or projects that most other members wanted. So I began to research what experienced community-based consensus trainers are currently advocating, and any alternate decision-making methods used by other communities. I wrote a series of articles about the topic in Communities magazine in 2012, “Busting the Myth that Consensus-with-Unanimity Is Good for Communities.” Several other community-based consensus trainers also wrote articles.

What Community-Based Consensus Trainers Say:
“Blocking potentially gives tremendous power to one or a few individuals, and the only way for that to function successfully is with a check and balance,” advises US community-based consensus trainer Tree Bressen (Communities, Summer, 2012), former member of Acorn Community in Virginia. “ . . . in order for consensus to function well there must be a robust response to bad blocks.”
She and other community-based consensus trainers advocate a limited number of blocks in one’s lifetime.
US community-based consensus trainer Caroline Estes, who lives at Alpha Farm Community in Oregon in the US, recommends only three to four blocks in a lifetime. She says that in her 50+ years of facilitating she has seen legitimate blocks less than a dozen times.
Consensus trainer Bea Briggs, who lives at Huehuecoyotl Ecovillage near Teplotzlan, Mexico, and author of ‘Introduction to Consensus’, recommends only three to six blocks in a lifetime. She says that in her 20-plus years of facilitating she has seen only one legitimate block. “I understand your concerns about consensus and appreciate the on-going discussion,” Bea shared with me an email. “I also no longer am a ‘consensus evangelist,’ for many of the reasons you mention in your articles,” she added.
Tree Bressen suggests community members remind each other, “If you’ve blocked consensus half a dozen times for all the groups you’ve been a member of, you’ve used up your lifetime quota,” (Communities, Fall, 2012 issue). “In my experience,” she adds, “every successful consensus system . . . restricts blocking power in order to guard against tyranny of the minority.”
“Our meetings are a dysfunctional nightmare,” said Cecil, a member of another North Carolina community, in Letter to the Editor in Communities magazine (Fall 2012) responding to the above article series. “Founded in love, trust, and generosity . . . we now have paranoia, suspicion, and fear, thanks to what I had also begun calling ‘dictatorship of the minority’,” Cecil wrote.
Members of Kommune Niederkaufungen near Kassel, Germany wrote an article about their new decision-making process. “Two problems became visible during our 25 years of using consensus. When no consensus could be reached . . . one person, through the veto, was given power over the whole group. . . . (Therefore) some individuals withdrew from the decision-making process.” The concerns of Cecil’s community and Kommune Niederkaufungen about consensus were similar to concerns expressed by many Earthaven members too.

Other Ecovillages’ “Check and Balance” Decision-Making Methods:
In order to create checks and balances to counter the effect of “complete power over the group,” a several other ecovillages changed their decision-making methods. Some of their methods have influenced Earthaven’s new process too.

In 2011 Lost Valley Educational Center/Meadowsong Ecovillage in Oregon in the US changed from consensus to Sociocracy.

Dancing Rabbit, an ecovillage in Missouri in the US is in the process of shifting from consensus to an eight-person “Town Council “model. The elected eight people will decide things instead of the whole group.

N St. Cohousing in California in the US uses what I call the “N St. Consensus Method,” in which blockers meet with advocates of the blocked proposal in a series of solution-oriented meetings in order to co-create a new proposal. If they cannot, the old proposal comes back for a 75 percent super-majority vote.

Sieben Linden Ecovillage in Poppau, Germany changed from three decision options in consensus: (1. Approve the proposal, 2. Stand aside, 3. Block the proposal) to four options: (1. Approve, 2. Abstain/don’t know, 3. Stand aside, 4. Block). In order to pass a proposal 75 percent of the meeting participants must choose “approve.” If fewer participants choose “approve”, the proposal doesn’t pass.
Sieben Linden members also choose each member of their five committees through a nominations ballot listing every community member. Members who receive the highest number of nominations for each committee serve on that committee (with their agreement).

Kommune Niederkaufungen, mentioned above, switched from traditional consensus to a modification very much like the N St. Consensus Method, with blockers and proposal advocates holding a series of solution-oriented meetings to create a new proposal. (Description of Kommune Niederkaufungen’s new process http://www.ecovillagenewsletter.org/wiki/index.php/Kommune_Niederkaufungen%E2%80%99s_New_Decision-Making_Method )

Earthaven’s new process has similar elements to Lost Valley’s, N Street’s, and L’Arche de Saint Antoine’s methods, each of which creates more “check and balance” in their process.

Earthaven’s New “ Check and Balance” Decision-Making Method
Here’s how Earthaven’s new method works:
(1) To approve incoming new members we retained our previous consensus method of consensus-with-unanimity
(2) For all other proposals except the annual election of offers (see below) we added criteria for a valid block and a way to test blocks against that criteria (i.e., a block is declared invalid if 85 percent of Council members present say it’s invalid).
For any remaining blocks that have been declared valid, we use an adaptation of the N St. Consensus Method, in which blockers and several proposal advocates participate in up to three solution-oriented meetings to co-create a new proposal that addresses the same issues as the first proposal. If they cannot, the original proposal comes back to the next Council for a decision using consensus-minus-one (meaning it takes two blocks, not one, to stop the proposal).
The new method is the kind of consensus process advocated by various community-based consensus trainers, including Laird Schaub of Sandhill Farm community in Missouri in the U.S. “There should be a best for validating a block — to see whether it meets the standard (that the group has established ahead of time) for what are legitimate grounds for a block. If the block fails the test, then the group can invalidate it,” he advises. (Communities magazine, Summer, 2012).
(3) To choose officers in our annual meeting, we’re experimenting for a year with a technique from Sociocracy. This includes a series of ‘go-rounds’ to nominate and choose people for our four officer roles. We used this method successfully in annual officer elections in November and December, 2012.
I facilitated the Council meeting in December, where we used this new process for the election of our last two officers. Many participants were anxious at the beginning; in previous years these elections had been characterized by high conflict and low morale. However, the meeting went very well.
Each person around the circle described how the skills, experience and relevant qualities of the person they nominated qualified that person for the officer role. In subsequent go-rounds people asked questions of the candidates with potential solutions for various people’s concerns built into the questions. Hearing all these solutions and getting a sense of what the most number of people most wanted regarding electing each our four officers seemed to generate a sense of confidence and good will. You could practically see the energy of relief fill the room. People seemed to feel good about the election process, each other, and our new officer-election process. Things at Earthaven are looking up!

Diana Leafe Christian is author of “Creating a Life Together: Practical Tools to Grow Ecovillages and Intentional Communities” (published also in French, Spanish, Italian, and Russian), and “Finding Community: How to Join an Ecovillage or Intentional Community”. She publishes Ecovillages newsletter (http://EcovillageNews.org ).
An EDE trainer, Diana contributed chapters to the Gaia Education books “Beyond You and Me: Inspirations and Wisdom for Building Community”, and “Gaian Economics: Living Well Within Planetary Limits” (Permanent Publications, UK, 2007 and 2011).
She is also a GEN-Europe Ambassador and a representative from the eastern US to the Ecovillage Network of the Americas (ENA). Diana speaks at conferences, engages in consultations, and is an international workshop leader on starting successful new ecovillages and other kinds of intentional communities, and on Sociocracy, a self-governance and decision-making method. She lives at Earthaven Ecovillage in the US
( http://www.DianaLeafeChristian.org ). 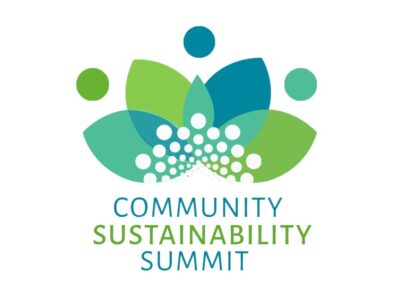