Explore a selection of ecovillage projects from all over the world, including richness and diversity from Europe, Latin America, Asia, Africa, and North America. Learn about ecovillages from interviews with founders and long-standing members, contributing personal stories, thoughts, experiences, adventures, failures, learnings, and successes.

ECOVILLAGE: 1001 Ways to Heal the Planet

In this amazing ecovillage book, explore a selection of ecovillage projects from all over the world, including richness and diversity with examples from Europe, Latin America, Asia, Africa and North America.

Learn about ecovillages from interviews with founders or long-standing members of ecovillage communities, who contributed personal stories, thoughts, experiences, adventures, failures, learnings and successes. A few chapters are also included about regional and national networks of ecovillage transition.

This book sets out both to honour successes, but also to learn from difficulties and failure. Everyone interested in social and ecological change and building a global alternative should know this source of experience and wisdom.

Nowadays, ecovillages are widely accepted as living and learning centers, as lighthouses for social and ecological sustainability in their regions, as alternatives to the destructive mainstream lifestyle that has brought the planet to the edge of extinction. However, 20 or 30 years ago, nobody knew the word ecovillage.

The concept of ecovillages first arose in the late 1980s, with the intention of offering an alternative to a culture of consumerism and exploitation. Combining a supportive and high-quality social and cultural environment with a low-impact way of life, they have become precious playgrounds in which groups of committed people can experiment to find solutions for some of the challenges we face globally. Now you can explore these experiments in this ecovillage book.

Ecovillages are now part of a worldwide movement for social and environmental justice and have become regional and national beacons of inspiration for the social, cultural, ecological and economic revival of both rural and urban areas.

Many intentional communities that existed were regarded as dropout groups, hippie oases, etc. Yet they were starting to cooperate with other sectors of society such as in politics, the local economy, and in the media.

It took some time before the world acknowledged the many solutions that the pioneer generation has been testing in their remote places. It also took time before the communities, with their different approaches, started to regard themselves as a global movement – diverse, yet with different experiences, but with the same aim and principles.

This awareness required people in ecovillages who were ready to look at the global picture and not only their own philosophies, situations, and challenges. Communities had to come together and build community amongst themselves: to share, to learn from each other, even correct each other, and to form a common platform.

In addition to serving as an inspiration, this book is also intended as a learning resource. At the end of each chapter, the editors have included some resources, including definitions of a few keywords, and a list of some of the best approaches used by each ecovillage, for example, in developing a water treatment facility, building a straw bale house, or supporting local groups in their endeavors.

Reviews for Ecovillage: 1001 Ways to Heal the Planet

“What a beautifully, lovingly constructed book! It conveys not only the variety and ideals of the ecovillage movement, but the heart of it as well. Kosha and Leila’s book affirms the importance of ecovillages not just as an inconsequential alternative in the margins, but as an invitation to transform every place into an ecological collaboration between humans and the rest of nature.” – Charles Eisenstein

“Ecovillages have long served a vital function as the laboratories of a resilient future, where solutions are tested, tweaked, adjusted. Sometimes they work, sometimes they don’t, but it’s in the “what if?” spirit that their genius lies. Kosha Joubert and Leila Dregger’s new book celebrates the remarkable diversity to be found in the eco-village movement, and their insights resonate far beyond the ecovillages themselves.” – Rob Hopkins, Founder of the Transition Network

“Your heart will soar as you revel in this treasure trove of evidence that a new and better future is not only possible but happening NOW all over the world where ordinary people have taken matters into their own hands, building vibrant, loving, sustainable communities… even national governments are beginning to take them seriously enough to support their growth… You will be filled with new inspiration and implementable ideas, so spread the book itself as far and wide as you can!” – Elisabet Sahtouris, PhD, evolution biologist & futurist, author of Gaia’s Dance

You can purchase a printed copy of the book, or buy the download for an electronic version, or both. Please note that for the Digital Download, you will get the PDF file and you are welcomed to print the manual by yourself afterwards. 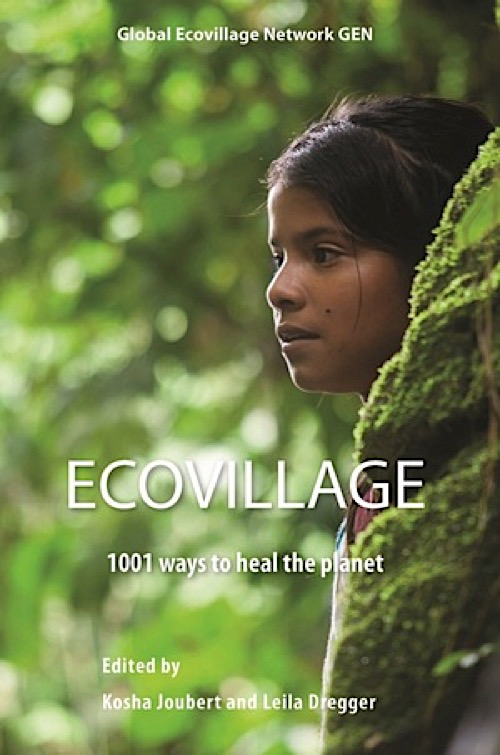