This page hasn't been updated since December 2016 and may be out of date
You are here: Home / Ecovillages / Enargeia

A vision comes true
The need to live life with Freedom and Love, away from big noisy cities. Discussion after discussion, year after year, the vision began to anchor, in the heart and from there in the mind. Yet, we were all there, into the glossiness and faked up of daily routine.

It takes form in 1997
It was then, that as a team we found the courage to acknowledge, that time had come to change our lives, that we are not escapists but we want to design life again, in a way that within the next few years we will be living at the place where Enargeia was to anchor.
Everything¦ was the result of the beneficial magical work of collective consciousness that forged for a long time, activating in our cities.

Enargeia emerged as a collective need of many to live their lives according to a viable model. Life at a place, where permanent residents and guests would have the opportunity to share life, to learn on the same principles and values within a spirit of sustainable development.

The Values
Both the work and service of Enargeia, towards civil society, are based on the understanding of the enormous challenges that humanity faces today and which can be surmounted only by developing a planetary consciousness.

A consciousness for which is sought to be developed within Planetary Education which promotes planetary awareness which in turn creates planetary citizens. This includes becoming conscious of the underlying energy structure of our society, the kingdoms of nature, the planet and the solar system.

Aims
We are possessed by a shaft of ideas“ values which increasingly employ human consciousness (in times of climate change, or even better, in times of a generalised crisis of consciousness, such as the emergence of planetary consciousness, the interconnection of generations, of civilisations and cultures, of the synthesis of spirituality and science, the dipoles of knowledge and realisation, ethics and economy, the arts, peaceful resolution of dispute, the choice conflict or harmony¦ the relation between old and new, human rights in Education as means to avoid social exclusion. Ideas for which we seek to contribute to their realisation.

Mission
Enargeia aims to be one more catalyst of transformation on the planet by promoting:

Decision Making
Each founding member hold one share (joint ownership), which can not be sold neither inherited in anyone but only in the community, so the character is maintained. The main body of Enargeia is the general assembly of the members and the Working Groups. Decisions are made through the Principle of Unanimity, one of the principles of the soul. In case of luck of Unanimity, the working groups pre-decide and propose their decisions to the general assembly for approval.

Goals
The nurturing of Education of Peace which seeks consciousness of:
Unity between humanity and nature
from dominant use towards unity within all kingdoms

A good health “ from illness and disease control towards a healthy physical, emotional (sentimental), mental and spiritual living

A participative society“ from the authoritarian principle towards participation, unanimity, a spirit of noble emulation for the Common Good, contribution and sharing of material and non material goods

Current stage
Since 2003 Enargeia owns two beautiful pieces of land, 300m away from the sea, including thirty olive trees around 600 years old and a rich ecosystem. On the 21st of July 2009 the first construction phase began which includes two main common buildings that will serve works and hospitality. Within summer 2010 we schedule to start construction phase II, in the 2nd piece of land, which includes autonomous houses, an open air kiosk for meetings, seminars and projections, a common kitchen and compost toilets and showers. All will be designed according to permaculture design principles and will be built with natural materials such as straw bale, clay, wood and with the contribution of all.

Enargeia seeks to operate the whole year, organising workshops and seminars in municipal or private buildings of the area until the completion of its own buildings. Education, the arts, therapy and governance are the areas of knowledge on which we have worked up to now.

Based on the reality of brotherhood between people and the spiritual values manifests and invites you to contribute with your skills, knowledge, your joy and company to its building. 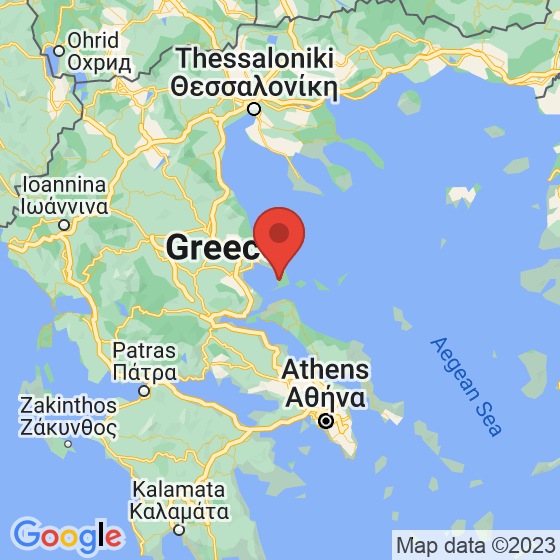