This page hasn't been updated since May 2015 and may be out of date
You are here: Home / Ecovillages / Primal Nascence Eco-Castle Community

Imagine you are living 100 years from now, in 2120.
The world is a very different place, and humanity has changed along with it. In recent history, the world economy as we know it collapsed in 2022 from a world war that started in North America, and spread like a plague consuming country after country.
This war was an economic war, with no beginning, stretching back hundreds of years, to before the industrial revolution, maybe all the way back to the beginning of agriculture when we first assigned ownership of the land to some, but not others. Not a soul was left untouched as the war raged for 25 years, separating families, and creating entire generations on earth knowing nothing but conflict. Almost 15% of the world’s people died in this war, from conflict, or diseases, or starvation. At the end of this war that did end all wars, in 2048 a bacteria emerged, or re-emerged that stopped responding to antibiotics, and devastated the planet, taking another quarter of the world’s people with it.
Power and electricity are gone, even solar only worked for a while until batteries could no longer maintain their charges, and no new ones were available.
Gasoline is no longer available.
Cars sit idle, growing plants until the rust consumes them, and there are just rusty pieces of frame and tires left.
People were in such a weak state from the consequences of war, they had little resistance to any infections, and children and elderly were particularly decimated.
Almost half of the world’s people were now gone…the war had carried people from all over the world to every place on earth creating a giant mixing pot of people and cultures, stranded when the bacteria spread, and transportation shut down at a global level. After that….the people of earth were devastated and traumatized from the horrors of war, and the loss of so many loved ones so they came together for the first time in a long time at local levels at first, then spreading to the entire world.
They started building communities, like our eco-castle.
Most communities where just naturally formed around a resource, or activity, some are farming communities, some raise horses, while others mine for Phosphorus, and on, and on…..
Our castle was built by the Adyan, the Knights of Equity.
In this post-apocalyptic, yet utopian reality, we set our Eco-castle stage. It is the beginning of a new golden era for mankind, of peace, creativity, and abundance used wisely. The world is becoming healthy again, and the effects of chemicals, and exploitation are disappearing. Life is good for people, and although it is more simple, without electricity and all that comes with plastics fossil feuls, and cheap technology, people are happy.
The style is very free, and uninhibited. Antiquated social standards crumbled when societies fell, and a new generation of freedom was developed There is little in the way of large pieces of fabrics, so people have recycled many pieces of old things together to create very colorful clothing, full of style and decoration. Old broken jewelry is sewn onto cloths, and leather is particularly valued for it’s durability. There are generally pockets and places to hang things on belts, people have few possessions, but carry almost everything with them all the time, including weapons…..no guns are allowed by cultural decree after the war, they were ALL destroyed.
The Eco-Castle is ruled by the Adyan, the Knights of Equity who protect, defend, and balance the need of people, the environment, and trade with the outside world. These Adyan take oaths of devotion and dedication to the planet, and the entirety of the world’s people, and serve as planetary servants to earth, and representatives of humanity to nature. This Adyan status is the highest of all honors, and is bestowed only to the most exceptional of the Knights of Equity.
Today is the celebration of the knighthood of a new Adyan, the ceremony to bless a new member of the Adyan with the weight of the spirit of the planet, and the strength of collective human consciousness in their devotion to equality of people, sacred nature, and combined individual liberty with interconnection.
Join us in our celebration!
All are welcome, as we redefine our place on Earth as humans, and celebrate what it is to be alive together on this beautiful planet.

For the first time in known human history, the population of the world has changed from a predominately rural and agricultural lifestyle to an urban reality, where more than 50% of the world’s population is now living in urban centers, with predictions of increasing percentages of movement from rural to urban centers in the near future. The movement from rural and agricultural regions to urban centers is termed rural flight, and is impacting the environment, agriculture and food supply, social interactions between families, friends, and neighbors, economically centralizing resources to urban areas, overinflates urban land and housing costs, and is increasingly politically challenging in efforts to provide for dense and impoverished swelling urban populations.
The majority of large urban centers were developed in pre-industrialized times and were not developed to accommodate the large influx of urban migrants, provide housing, employment, and basic services to such large populations, or protect the environment from human caused destruction and contamination.
The contemporary assumption that our urbanized societies, or the goals of the industrial and capitalistic ideal is the pinnacle of humanities urban development is false and misleading, and is a result of a lack of urban development alternatives which balance the needs of people, the environment, economy, and political systems. Megalopolises and large urban centers are continuously displaying inherent dysfunction to the average person, and we collectively and intuitively understand that this industrialized urban framework is already and will continue to crumble and collapse.
To begin to redefine and build sustainable and equitable urban centers, the primeval aspects of humanity are seen as an ideological state which can be achieved again for our global family by combined wisdom and balance of ancient humankind, with the modern concepts of science, natural structure development, small space efficiency, passive system design and utilization, and interconnected urban community social interactions.
So what is an Eco-Castle Micro-Urban Community?
To be an Eco-Castle Micro-Urban community, community members must share the vision that tomorrow will be radically different than today, and can be better by the reintroduction of forgotten knowledge and skills, refusing the obstacles of the past and tradition where they do not flex to generate current or future benefit, and the opening and broadening of new territories for investigation and creation in a cyclical view of humanity and urbanization. Eco-Castle communities must utilize space in efficient ways, eliminating huge structures, and build with environmentally, economically viable, and socially responsible designs and natural materials incorporating passive and renewable systems for basic requirements ranging from water harvesting and filtration systems, composting and biogas waste management systems, urban agriculture and food production, and communal facilities shared by all members.
Sustainable micro-urban Eco-Castles aim to increase the knowledge and skills of a forgotten past with the sciences of today to create beautiful urban centers, with little or no negative impact on the current or future economy, the environment, or society, and managed by directly democratic political systems.
The industrial age brought with it individuality, automation, utilitarianism, centralization, and mechanical concepts to the forefront of urbanization. Sustainable micro-urban Eco-Castle projects seek to redefine our urban based future to one of community, participation, empathy, rhythmic, organic and cyclical natures resembling a village perspective with the benefits of urban resources and opportunities.
At Primal Nascence Eco-Castle communities, we want to show people a beautiful, sustainable alternative in urbanization through fun, social cohesion, efficiency, activities, entertainment, architecture, style, music, and arts.
The Primal Nascence Eco-Castle is a celebration of humanities past, present, and future, our collective limitations and opportunities, our diversity and our unity, our shared desire to experience and participate in community, and our celebration in being human together.
We can bring this future to today, and share the beauty and potential of sustainable micro-urbanism to the public in a safe, fun, and family oriented way.

The Primal Nascence Eco-Castle is located on approximately 30 acres in south Cambodia about 12 km from Kampot on the Cambodian coastline, close to Phenom Penh, Sihanoukville, and the Vietnam border.

I am the founder and Community Director for the Primal Nascence Eco-Castle Community Association in Kampot, Cambodia.
I am a sustainability Specialist with extensive experience in micro-urban community development, permaculture, natural building, disaster management passive systems including composting and biogas, water catchment and filtration, urban agriculture, solar design, and governance system development and management. 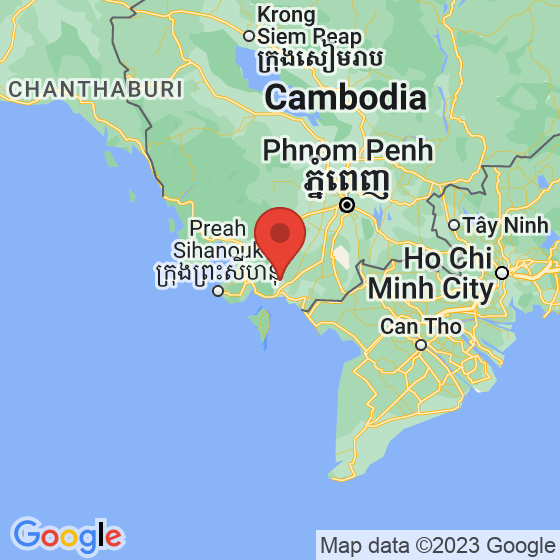