This page hasn't been updated since September 2018 and may be out of date
You are here: Home / Ecovillages / TERRE DES JEUNES TOGO

In 2015, land was acquired 30 minutes north of Lomé, the capital city, to start building an ecovillage centred around research, training, and sharing of low-tech, local, traditional technologies in harmony with nature.

Agricultural techniques which nourish the land rather than destroy it; building techniques which use local, renewable materials rather than heat-trapping, expensive and carbon-intensive cement; traditional baskets (they’re beautiful, by the way) instead of plastic bags.

There are dozens of ethnic groups in Togo; it is our dream to welcome all of them (along with the hundreds of other ethnic groups in surrounding countries) to share traditional African knowledge to elevate our standard of living in a sustainable way… showcasing local knowledge in a forest setting in traditional huts, with our food a product of ground-nourishing permaculture will create a space not only for local populations, but also for foreigners wishing to live an authentic experience.

In addition, Terre des jeunes has long been interested in low-impact, revenue generating activities in small units to perpetuate its sustainable vision. For example, Terre des jeunes has an agreement with Cyclo Nord-Sud, an organization from Canada providing used bicycles which can be used for short-term rentals or modified for simple, low-cost sustainable transportation.

Terre des jeunes is also in the process of creating a locally-owned waste management non-profit, based on experience of other Terre des jeunes groups in Haiti, with the goal of managing waste (plastic, organic) to generate revenue.

Beyond all of this, our mantra is: act now. Families are already settling, and houses are already being built. Start simple, think big.

Our ecovillage is open to anyone who is interested in sharing or learning about traditional, local, low-tech approaches to housing, agriculture and micro-business. The village is currently inhabited by local farmers, but we are open to farmers from other parts of West Africa or foreigners from abroad. French is the lingua franca spoken here so a knowledge of French is essential to integration.

Project to build a community well

Board member of Terre des jeunes. 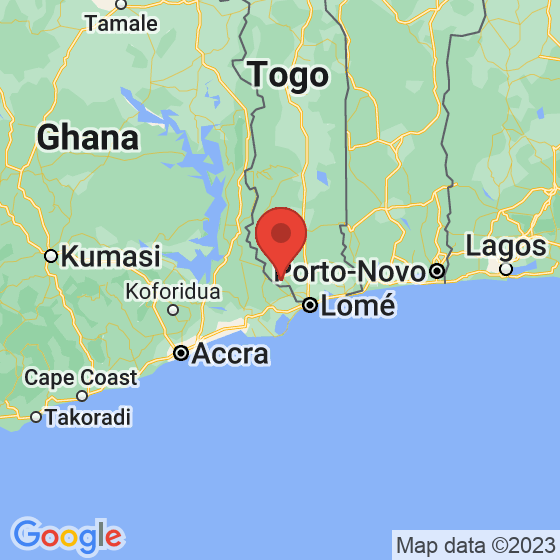