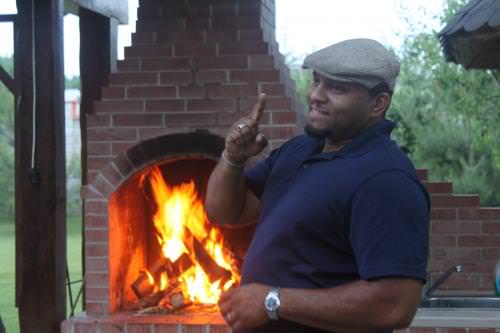 Faruq Hunter is the co-founder of the Freedom Nation, a international network of smart eco-villages, sustainable farms, homesteads and Fab Labs that serve as self-sustaining communities for pioneering makers and innovators trying to fix the world’s greatest problems. For more two decades, he has travelled and worked in over 90 countries servicing both the public and private sectors and served the Head Geek in charge travelling to and connecting innovative startup communities across 180 countries with Geeks Gone Global. Mr. Hunter has been a featured speaker in Black Enterprise Magazine, SXSW, Re:Publica, Geoergia Tech’s Impact Series and over 50 additional venues throughout 24 Countries on the topics of innovation, collaboration and technology.

As a 13 year old high school graduate who completed his first degree at the International University of Africa in Khartoum, Sudan. Mr. Hunter is primarily a self learner and self starter who prides himself on being a person born to financially poor parents who has self-funded every endeavor he has every founded or co-founded. Mr. Hunter's primary focus is on using innovation and sustainability as a foundation for developing systems to create, re-create, rejuvenate and sustain the concept of the rural town as efficient hubs for economic progress and global production.

Freedom Village Georgia is a self-contained off the grid Modern Eco Village. Utilizing the principles written in the book “The Principles of Freedom” Freedom Village is a haven for doers, craftsmen, makers and developers seeking to fully emerge themselves with like minded individuals who are unimpeded by anyone. … END_OF_DOCUMENT_TOKEN_TO_BE_REPLACED