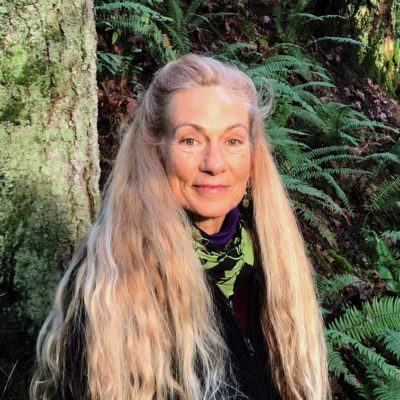 We just completed our fourth EDE at Schloss Glarisegg in Swizerland. I live in a small community in Hawaii called Z-land and I work for a group called Upcountry Sustainability. I began a group called MauiFoodForests, which just lost our online presence as most all good sustainability projects are illegal on our islands. Our first step is to educate people so we can change the laws. I have been on and off this endeavor for 8 years.

A lover of learning, Jashana has degrees in Environmental Science, Anthropology, a Masters in Social Ecology and Phd. in Philosophy. In her twenties, she was involved as an activist in attempting to stop the war in Guatemala. That struggle brought her to the alternative community movement with a commitment to become part of the ‘solution’. She was a member of the Findhorn Foundation from 1989-1995 and she traveled for them in South America for 2 years giving workshops on creating intentional communities. She left Findhorn ( cold and dreary) to create a community in Hawaii ( warm and sunny) and was 'successful' for 9 years. When the community hit financial and legal challenges in 2010 she left to attend the EDE training In Findhorn in 2011.