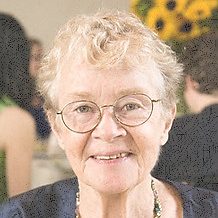 Marian Zeitlin planned her work in ecovillages in the US in 1994, and first came to Senegal, West Africa, in ‘96, as a co-organizer of the 3rd International Eco-Cities and Ecovillages Conference. She stayed on with local Conference members to co-create Senegal’s Ecovillage movement. Called EcoYoff, they joined GEN in 2001 to creating a Living & Learning Center, from which there grew an NGO, named CRESP, working with Yoff’s Village Association, APECSY. Senegal’s President took on the Ecovillage Movement as his own in 2008, and created a National Ecovillage Agency (ANEV). His goal was to have 14,000 rural Senegalese villages become ecovillages. Still working with friends toward this objective, Marian lives mainly in Senegal. She’s an Emerita Professor of Tufts University, who now works with Gaia Education in Ecovillage Design Education for US University study-abroad students, Senegalese university students, and villagers, in University-community service learning courses helping villages to become Ecovillages.