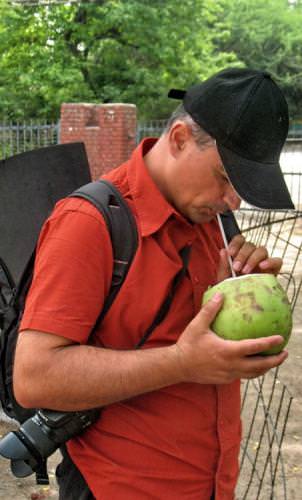 Karen Asatryan – President of Ecoashram IC NGO, has traveled in number of eastern and western countries, researched on the cultures, life and customs of different nations, stimulated interactions of their traditions, studied a number of ancient civilizations. Participated in establishment of one of the first ecovillages of Russia in 1993, named Grishino, in Sankt-Petersburg district. Later on, in 2009, he has spent a whole year living in Grishino ecovillage and practicing eco-lifestyle principles gained through the years of research, travels and studies. While in Grishino, and in his further travels, he has been sharing his knowledge and experience with the public, through organizing workshops, trainings, seminars, festivals and other activities on the themes of ancient philosophy, holistic health, harmony between human and nature etc. On his return to Armenia, he initiated and established the Ecoashram Intercultural Center NGO, aiming to use all his knowledge and experience for the creation of a self-sustainable community / ecovillage in Armenia. Currently, as a president and co-trainer of Ecoashram IC, he is working on the realization of “Valley of Happiness” International Training Course in Armenia in February 2014, as one of the first steps towards establishment of the eco-village, as well as development of further projects associated with the mentioned themes and environmental-cultural initiatives.

Ecoashram is an eco-village initiative in Armenia, which started as an idea about 17 years ago, has been spinning around and gaining power by interacting with many different cultures in East and West, and this year it started getting realized and took a physical form on one great location as a main spot, and several other places in smaller sizes, as urban and semi-urban eco-village projects. Ecoashram Intercultural Center (EIC) Non-Governmental Organization is the curator and organizer of all … END_OF_DOCUMENT_TOKEN_TO_BE_REPLACED